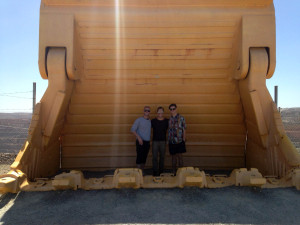 Boys In The Band were honoured to perform for the Goldfields Annual Charity Dinner in outback Western Australia where a massive $265,000 was raised.

Jetting off to the mining town of Kalgoorlie, Boys In The Band were graciously given a tour of the famous “Super Pit” before heading to the event where the entire venue was transformed into a Willy Wonka heaven with bright lights, candy, Oompa Loompas, and even Willy Wonka himself.

The 1000 strong audience were treat to an amazing performance by Boys In The Band, and in a first for the ball had everyone up dancing by in the first song and right to the very end of their show which featured a medley of Imagine and Let it Be by the Beatles, tying in perfectly with the theme of ‘Imagination’.

Boys in the Band - Corporate

Boys In The Band Afloat with Royal Caribbean

Boys In The Band jet off to Perth